By a Spider’s Thread by Laura Lippman

By a Spider’s Thread by Laura Lippman, book 8 in the Tess Monaghan series (William Morrow, 2004), 368 pages 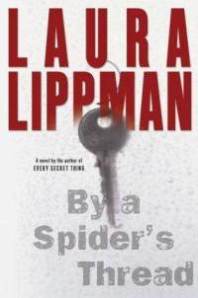 Summary
Mark Rubin, orthodox Jew and wealthy Baltimore furrier, insists that he had a perfectly happy marriage, despite the fact that his wife and three children vanished. The police won’t help, so he comes to Tess.

Thoughts
I blew through most of this series this fall. I’m not planning on reviewing most of them, though; I just don’t feel like I have much to say about them. They were all enjoyable, but mostly quickly forgotten. And since I read five of them back to back, they kind of blend together in my mind.

Really, this one is no exception. I have but one rant, and it’s really more of an editing rant than a beef with the actual story, but it won’t leave me alone, so here I am. Note: I read the hardcover, so maybe (hopefully!) this was fixed in later editions already.

“There were still some wide-open places to be filled — they had no one to cover the vast swath west of the Mississippi and east of the Rockies, and an Atlanta connection would have been helpful. But they were otherwise solid along the eastern seaboard and could do most of Texas and the Pacific Coast in a pinch.”

Yes, I’m probably more attuned to it than some, since I live in that vast wasteland known as the Midwest. But there’s no excuse for screwing up (so badly) on geography. Look at a map! Most of Texas lies between the Rocky Mountains and the Mississippi River.

I understand that Tess lives in Baltimore and hasn’t ever ventured far from there and is probably clueless about this, as so many people who live on the coasts are. But this paragraph wasn’t really in her words. It should have been accurate.

Anyway, like I said, I’ve generally enjoyed this series. I like how rooted they are in their place, and Tess and her family are delightfully flawed.

I think my favorite aspect of this book is how her partly Jewish, partly not, background tugs on Tess in various scenarios.

About the author
Laura Lippman grew up in Baltimore and returned there in 1989 to work as a journalist. She has won numerous awards for her work. I interviewed her last year. Her most recently published is The Most Dangerous Thing.

Other reviews
Rhapsody in Books
A Worn Path
Have you reviewed this book? Leave me a link and I’ll add it here.

I am an Amazon Associate and receive a small commission on sales through my affiliate links.

Paul and I were talking over lunch about kitchen remodeling plans. Part-way through, I went to get my tape measure to take a couple measurements. Now, I have the lame tape measure in the house. My husband has more than … Continue reading →

On genre labels, and more 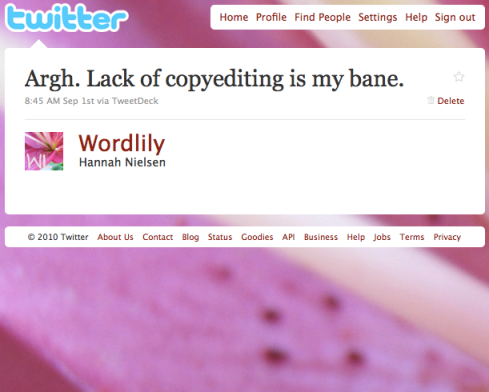 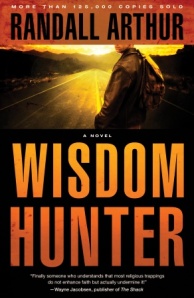 Summary
Pastor Jason Faircloth is growing his already-large Atlanta church and feels his life is on track. Not that he stops to question that, or anything else. He lives out his know-it-all faith in the same manner and questions those who see things differently. But then disaster strikes. He travels the world in search of answers, healing, in search of the granddaughter he’s never met.

Review
I knew I wanted to read this book, but when I picked it up and learned that 1) Arthur was a missionary, 2) he got fired because of this book, 3) he doesn’t regret that, and 4) the copyright is held by Eternal Perspectives Ministries, I really wanted to read it.

But then I opened the book, and in the first 4 pages I found 4 copy-editing problems, and I was reconsidering. Thankfully, that pace of mistakes didn’t keep up, and in the end I was mostly able to overlook them and focus on my love of this story. I wasn’t disappointed.

It points its finger at legalism in the American church — but then also shows the way forward. It paints a beautiful picture. This book was, at least in some small way, healing for me. Love it!

At a few points, the book seemed a little out-dated, especially in regard to technology, but that makes sense since it’s not a 2009 book (but rather a re-release).

A quote: “‘Therefore man should fear the easy routine way of life that weakens, but he should welcome the resistance-filled life that strengthens and makes wise.'” ~Yoma speaking, page 217

About the author
Randall Arthur is the author of Jordan’s Crossing and Brotherhood of Betrayal. He served as a missionary to Europe for more than 30 years.

Other reviews
Ronnica at the Book Nook Club
Have you reviewed this book? Leave me a link and I’ll add it here.

I received this book from the publisher. I am an Amazon Associate and receive a small commission on sales through my affiliate links.

I went back and forth about whether I should post this. I try to be respectful, and sometimes pointing out the mistakes of others is certainly not respectful. This one is almost so egregious that I would expect to see it in one of those email forwards or something.

In my bulletin at church this morning:

“There is a fact sheet about the H1N1 Flu on the information desk, put out by our perish nurse, if you are interested please take one.”

Wow. Yeah, I got a good laugh out of that one, Talking about an infectious disease, and suddenly the church has a perish nurse. I know that parish and perish sound the same, but they mean very different things. Spell check won’t catch this mistake, but it must be caught.

I promise this blog is not turning into one that just finds fault with grammar and usage (plenty exist already), but I couldn’t help myself. 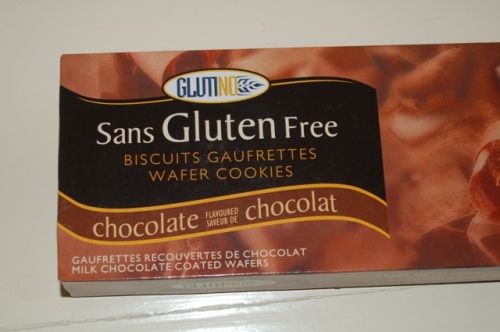 Here we have Glutino brand Sans Gluten Free Wafer Cookies. While they taste really quite good, I was a little nervous because if it’s “without gluten free,” I suppose that would mean the cookies actually did contain gluten, which I’ve been strictly avoiding for nearly 11 months now.

I realize that this instance is almost certainly due to the bilingual nature of this packaging (Glutino is a Canadian brand), but still. On the side of the box, it’s much clearer, where it says: “SANS GLUTEN/BLE • GLUTEN/WHEAT FREE.” See, it’s not actually that difficult to communicate clearly, is it?

(And yes, they were quite tasty. Yum.)

The official site for the event, hosted by the Society for the Promotion of Good Grammar (SPOGG). The site boasts a Bad Grammar Hall of Fame Playlist, not to mention a Top Ten list of grammar tips. The site also has links to many, many other grammar-related blogs. (Here’s the SPOGG blog.)

I’ll admit, some of the language on the official Grammar Day site does sound a bit militant. Nathan Bierma, writing in the Chicago Tribune, urges a middle ground. He also cites Grammar Girl as hoping for civility in the discussion.

So, instead of celebrating this day cheerfully fault-finding, howzabout we celebrate good grammar where we find it?

How will you celebrate National Grammar Day 2009?

My post about National Grammar Day last year. And a related post from nearly two years ago.

Once again someone (intelligent) is attacking reporters. This time it’s Mark Liberman of Language Log.

I started defending the journalism cause, all the time asking myself, Why do I care? I intentionally got out of that industry. And yet I do care, at least a little.

Do you, my readers, have a possible solution for the problem Mr. Liberman broaches?